After countless years of fighting, Tom Cat and Jerry Mouse go their separate ways and relocate to New York City for a fresh start.

Tom, who dreams of becoming a pianist, plays in Central Park while Jerry is in search of a new home. During one of Tom's performances, Jerry picks a fight with him which ends with Tom's keyboard destroyed. Kayla Forester, a young woman doing odd jobs, ends up bumping into Tom while he is chasing Jerry. Looking for a position at the Royal Gate Hotel, Kayla is tasked with helping event manager Terence Mendoza to set up a high-profile wedding after presenting a stolen resume as her own. At the same time, Jerry takes up residence at the hotel where his regular shenanigans involve stealing food and items to ramp up his new lifestyle.

Preeta Mehta and her fiancé Ben, along with their pets Spike and Toots, arrive at the hotel where they are met by Kayla and Terence, who both greet them, unaware of Jerry stealing from Preeta's handbag. As the couple is escorted to their rooms, Jerry's presence is made known, which puts the wedding and the hotel at risk. Kayla offers to help catch Jerry without anyone knowing, which impresses Henry DuBros, the hotel's owner. In her pursuit to catch Jerry, Kayla befriends a bartender named Cameron. Meanwhile, a depressed Tom falls into despair until he notices Jerry inside one of the hotel rooms. An enraged Tom goes after him, leading to the pair fighting and wrecking the whole room. Kayla comes to check due to noise complaints, befriends Tom, and persuades DuBros on hiring him to catch Jerry, despite Terence's disagreement.

After trapping Jerry, Tom succeeds in getting him out of the hotel. Meanwhile, Kayla learns from Preeta that her engagement ring is missing and offers to help without Ben knowing, sparking a friendship between the two. Learning that Tom has gotten rid of Jerry, Kayla celebrates with Cameron and Tom, and the latter plays a song on the piano to impress Toots. However, Jerry returns and reveals to Kayla that he had Preeta's ring with him and agrees to give it back to her if she lets him stay. Before Kayla can agree, Terence returns from walking Spike. Jerry hides in Kayla's coat pocket, sparking a chase during which Spike, Tom, and Jerry demolish the hotel reception.

Terence is put on leave, while Kayla takes over as event manager for returning the ring. To prevent any more of Tom and Jerry's shenanigans risking the wedding and thus her job, Kayla tells them that they have to get along and spend the whole next day far away from the hotel if they want to stay, to which they agree. Tom and Jerry bond during their trip, but unfortunately are taken to a pet compound after they inadvertently disrupt a baseball game.

In their cell, Butch and his gang force Tom to eat Jerry. Tom complies, but Jerry escapes eventually. When a vengeful Terence visits Tom and Jerry, he tells lies about the duo, angering them both. At the start of the wedding, Terence incites Tom and Jerry to fight, which ultimately results in the rest of the hotel getting wrecked, the wedding ruined, and Kayla and Tom getting kicked out. Knowing that it is their fault the wedding was ruined, Tom and Jerry finally put their differences aside and work together to fix up everything. They pursue Preeta on an electric skateboard and aerial drone and lure her to Ben, which results in the wedding being held at Central Park, better than originally planned. Preeta and Ben open up with each other, while Kayla, along with the girl from which she stole the resume, gets the job at the hotel. As the film ends, the wedding continues until a mishap caused by Jerry reignites his longtime battle with Tom.

In a post-credits scene, Ben finds he is being charged full-price for both weddings. 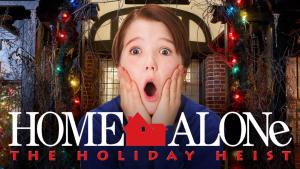 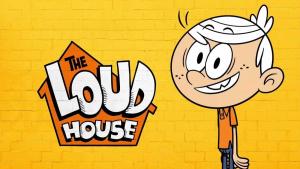 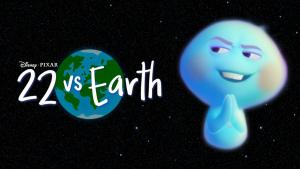